This past Saturday our local hotel chefs and restaurateurs prepared exquisite culinary treats of many Croatian delicacies.  It is time to celebrate our heritage; in recognition, high season is at this time a pleasant memory.  Stretching more than 300 meters on the polished limestone Stradun massive varieties of local food, Dalmatian wines and delectable desserts covered the white linen covered table.  The cost of the extravaganza is 30 Kuna ($5.00) with the proceeds donated to local charities.

Residents on the Stradun

Klapa Kase, a local singing group, delighted us with traditional songs in the plaza in front of Sveti Vlaho. Our magnificent Lindo dance troupe performed as the golden sun began to set over the Adriatic. It was a unique time to treasure, reminisce and be entertained.

As many people relaxed for the first time after months of continuous work, the stories were as pleasurable as the food.  Many had made new friends from far off lands hoping to visit them someday.  There were tales of many travelers who had discovered Dubrovnik for the first time and had asked interesting questions of our history and culture.  However, one American tourist won the grand prize when she questioned her tour guide, “Where do they put the wall during the winter months?”  She was under the impression the old part of Dubrovnik was a movie set. 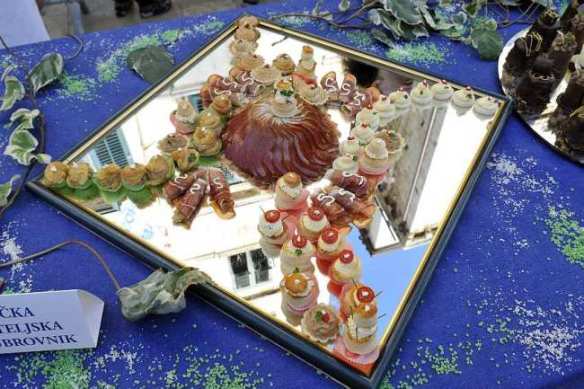 The tourists and travelers will return and we will be regenerated and ready for them when the season begins again with gusto in April.  Come to Dubrovnik, spend time with us…the movie set will still be here as it has been for hundreds of years. 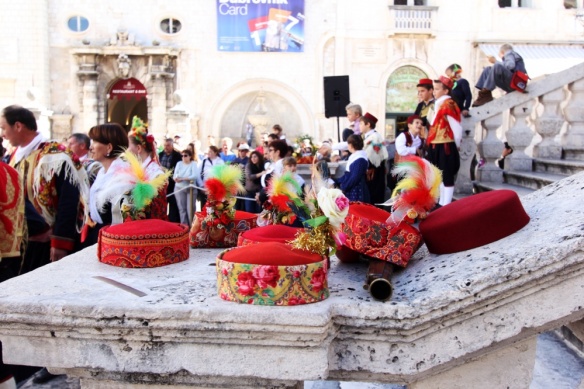 Finale of a perfect day