Last night we sat in front of the TV watching the 45th anniversary performance for the Lindo (lin-jo) traditional dance troupe, gripped by the beauty and dancing.  This elite group performs during high season here in Dubrovnik every Monday and Friday night.  Their show is located at Lazareti Art Workshop* on an open air stage, which gives the audience the opportunity to enjoy the dancing with the Adriatic Sea glowing in the background under twinkling stars and a  moonlit night. 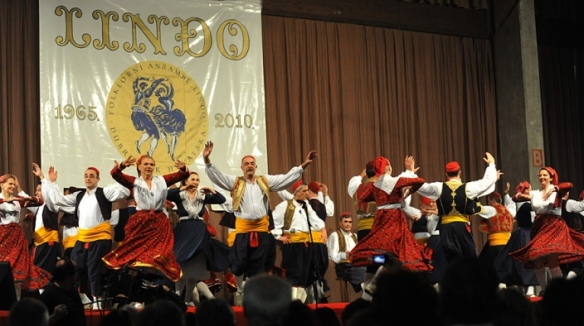 Tickets to this extravaganza sold out very quickly and I was unable to attend, but did not miss the opportunity to watch it on our local Dubrovnik TV channel.  I will need to wait another five years for the really “big show.” 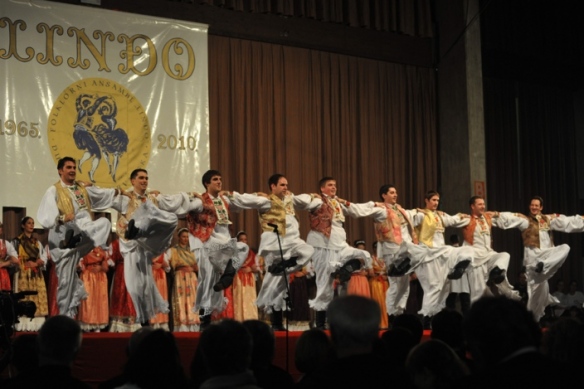 Dance with the musical castanets

Some of the original dancers from the 1965 inaugural season were onstage and performed as dramatically as they did some 45 years ago.  There was one particular dance where the men performed some very intricate footwork, the only music coming from castanets attached to their black leather boots.  The stars of this dance were three of the 1965 original dancers and even with their ages 70 or more, they didn’t miss a step! 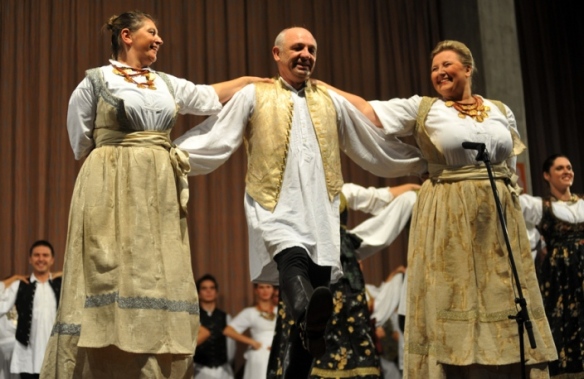 Many of the group today are 3rd generation performers and the finale was danced by almost 300, grandparents, parents and children.  They had come (from the USA, Canada, England and Australia)  to pay homage to their one and only director, Sule Muratovic, the man who has inspired  so many to perform their  traditional dances from different regions with the appropriate costumes and music. This two hour show one of the exciting I’ve ever attended, even if it was via my TV, drinking wine and wearing my jammies. 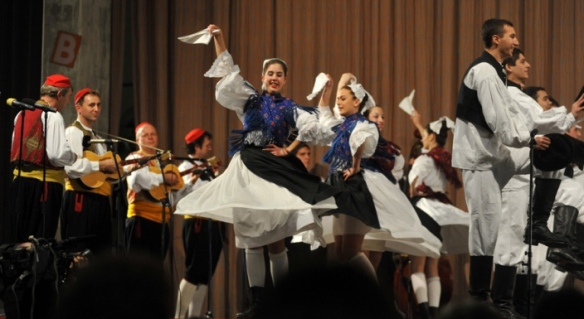 *Lazareti, also known as ARL, is a cultural center for contemporary art which promotes an active interpretative approach to contemporary art and culture, society, and politics.  The ARL was established in 1977 and is located in the old Dubrovnik harbor quarantine building built in 1377.  Located just outside the old harbor on the Adriatic, this made the quarantine center easily accessible for all incoming ships.  The historic buildings were restored in 2002 and include studios for many artistic groups.